Nils Bergendal was born in Lund, Sweden in 1965. He studied at the International Center of Photography in New York 1986–87 and sorted negatives as a trainee at Magnum Photos. He started as freelancer at the newspaper Sydsvenskan in 1990 and covered the conflicts in Somalia, the West Bank and the Balkans.

Eventually he gravitated towards the arts. Nils Bergendal had his first solo show 2013 with the series The Name of Us. Since then, he has worked with his own book publishing, exhibitions and videoinstallations. In his projects he often enters into dialogue with the past, with archives or with historical collections.

In recent years, he has worked with spatial installations, preferably outside the traditional spaces of art where unexpected encounters can take place (links below). He teaches at Östra Grevie Folkhögskola and is a guestteacher at Digital Cultures, Lund University.

After Exposure – A Cyclopedia of Broken Cameras is Nils Bergendal’s fourth book. He has earlier been nominated Best Photography Book of the Year Award (PHotoEspaña 2015), Best Book Design of the Year (Denmark 2014) and Swedish Book Art (Sweden 2014). 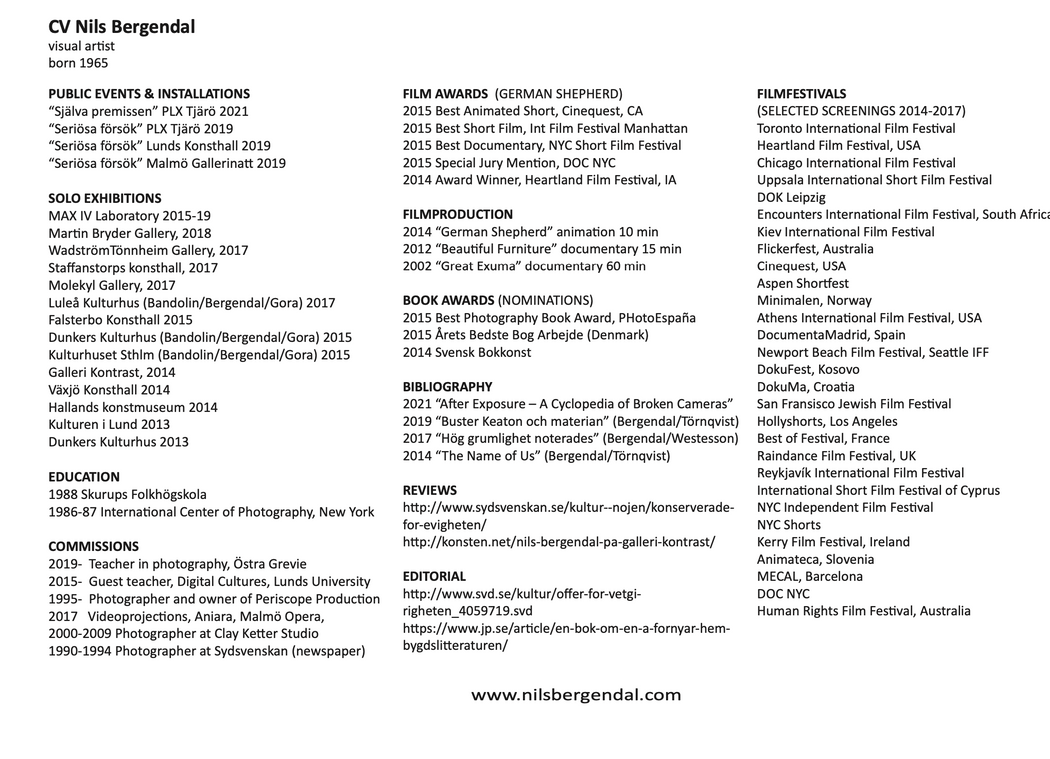